A downloadable game for Windows, macOS, and Linux

On March 13th 1981, the retired surgeon Andre Simmons agreed to help a researcher named Geoffrey Oswald by allowing excavations in his land  to discover more remains of Viking settlements. Months of digging passed until they managed to find a strange temple with a corpse at its center. This discovery would bring only misfortune and disaster has everyone living in the mansion has disappeared without a trace. The mansion was left abandoned ever since.

One year as passed since the incident, but a monster has emerged and began claiming nearby livestock. The villagers are trying to keep this a secret, but an anonymous tip was sent to the occult magazine “The North Watch”.  John William Burrows was tasked to investigate the mansion, but where he expects a simple wild bear roaming around, he going to get a surprise of his life.

Sneaking around – The player will be able to open door using either a lockpick or a crowbar. The lockpick is a silent option that allows the player to close and open doors freely but it is a limited resource. While the crowbar is a constant option that will cause a sound and break the door.

Sound and Monster – While exploring the house the player will inevitably make noise, which will attract the resident monster to its location. Make enough sound and its game over.

Solve the mystery – The monster is real but where did it come from find the truth by looking for the Andre’s recordings and the Geoffrey’s diary.

The game is the idea of a college of ours that passed away at the beginning of 2019. This is a homage to him and his grieving parents. If you like it, please post in the comments, because they would love to hear from you.
Also, this is a spooky game, if you scare easily give this one a pass.

Important: The brightness setting has been changed and it should work better now. But there are still options for lighter intensity and range to increase the power of the lighter. Give any feedback if you can. :D

This is currently a beta version of the game (0.9). There are some bugs and tweaks to be made but its ready to play.
All you need to do is download the zip file and unpack it and your are ready to go.
Any question post in the comments and I'll reply as soon as possible. 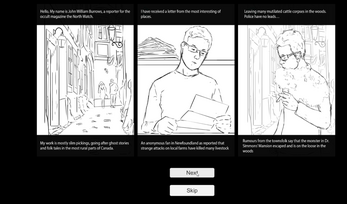 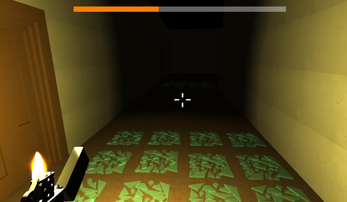 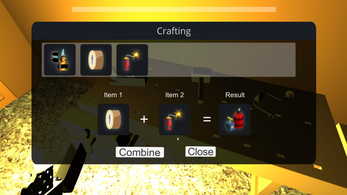 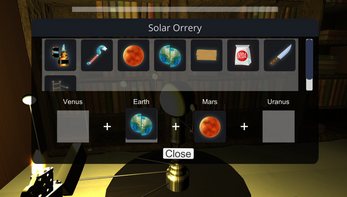 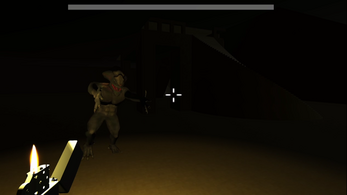